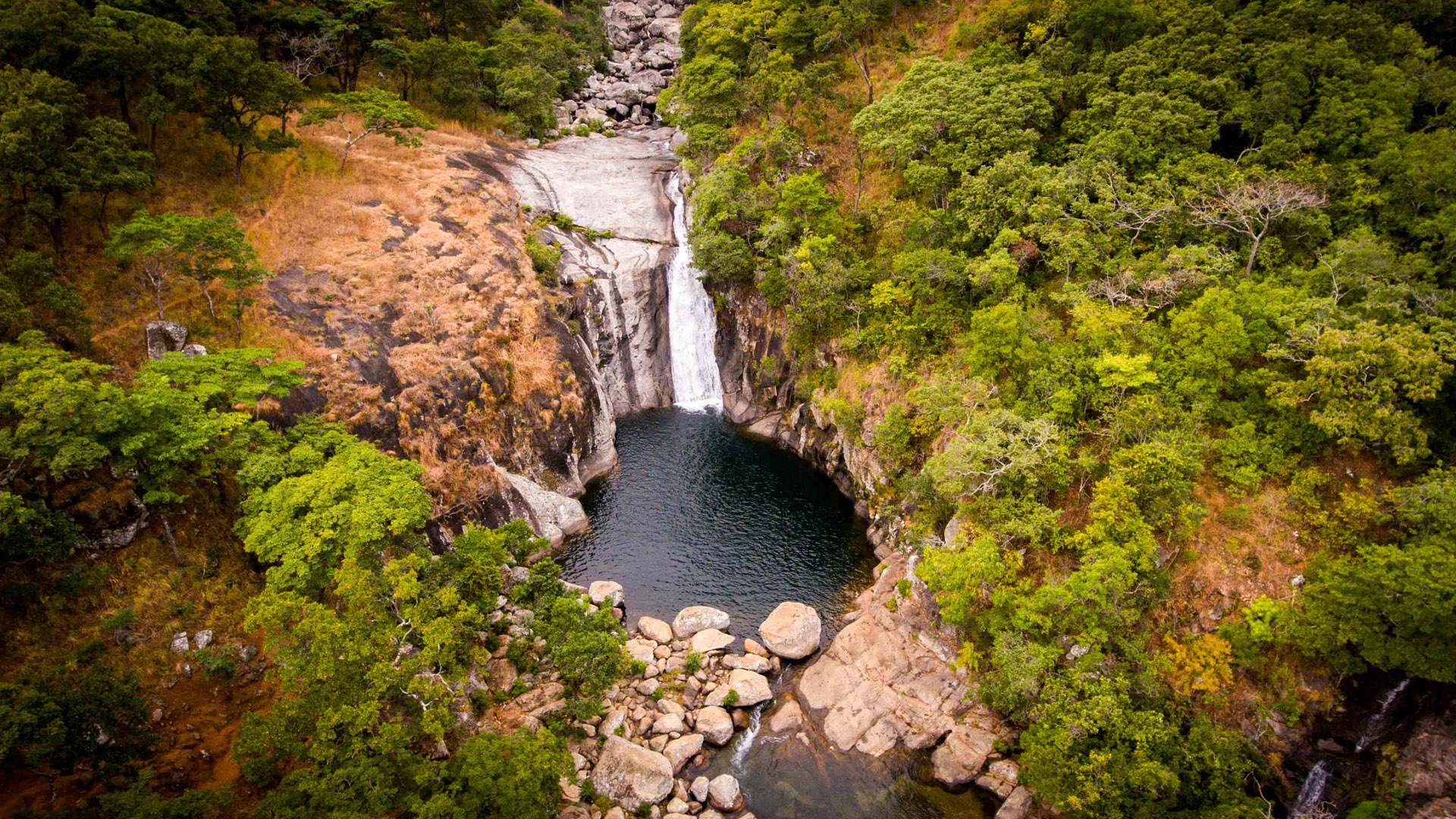 Even before the traveller has cleared the Blantyre suburb of Limbe, on a good day the great mass of Mulanje can be  seen rising almost vertically and majestically 2,200 metres above the level expanse of Phalombe Plain. 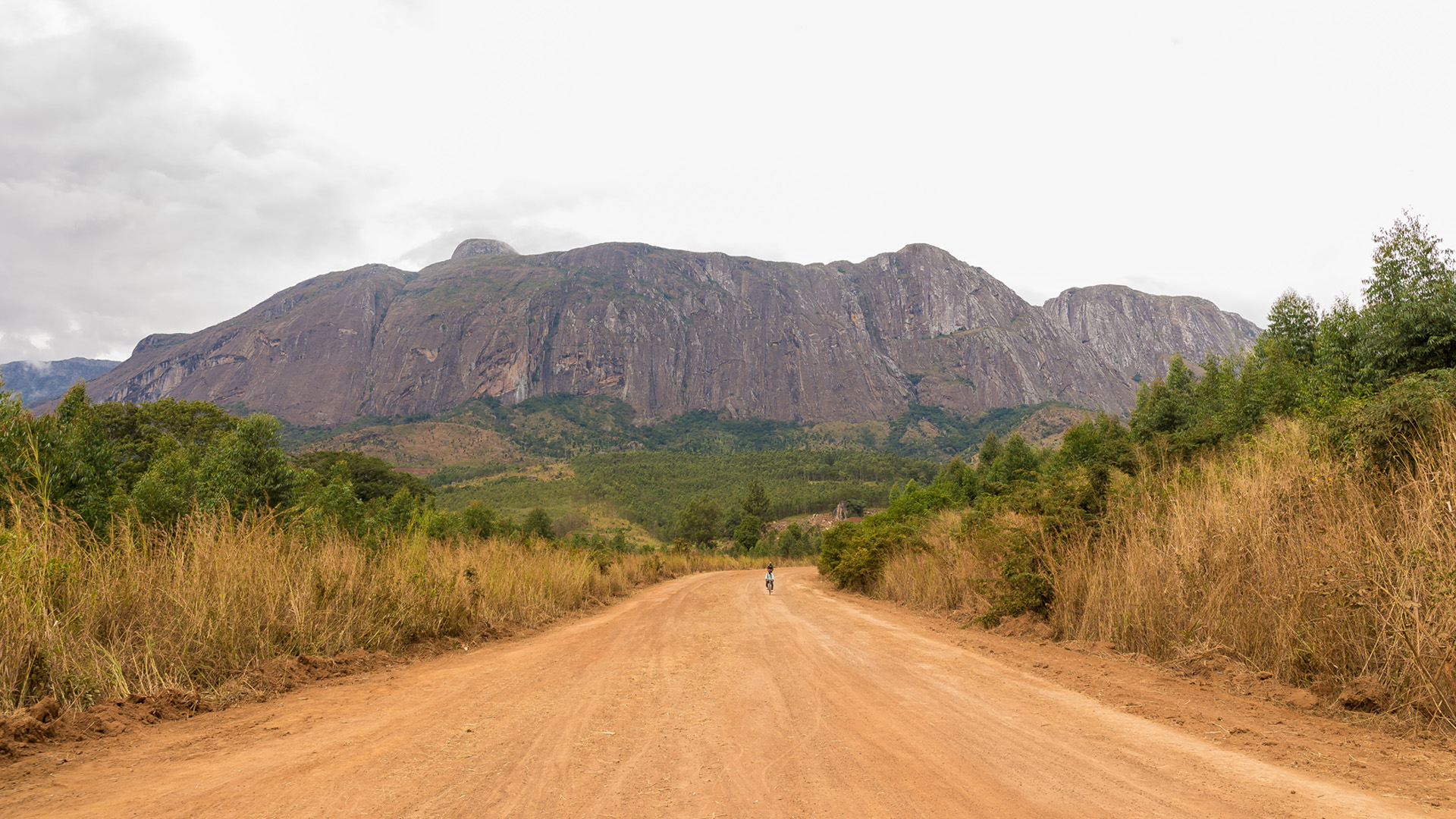 Mulanje’s  Chitakale trading centre is reached within an hour’s drive on an excellent road. After a left turn at the InfoMulanje office onto a good  gravel road that skirts the mountain, the bustle of trade gives way to the impressive bright green of carefully tended tea gardens irrigated by the bountiful waters of the mountain.

The tea tucks itself into the lower slopes. Above the tea are extensive plantations of Eucalyptus which fuel much of the tea-making process. Beyond this man-made forest are the towering rock faces, cascading streams and indigenous forests that beckon the adventurous.

Likhubula Forest Office  is the starting point for most visitors. The day visitor with family and children can enjoy a picnic, a refreshing swim in the pools or an adventurous scramble over the rocks. The more energetic can take a walk higher up the mountain to Dziwe la Nkhalamba (Old Man’s Pool).

The true rewards of the Mountain go to those energetic enough to explore its heights. 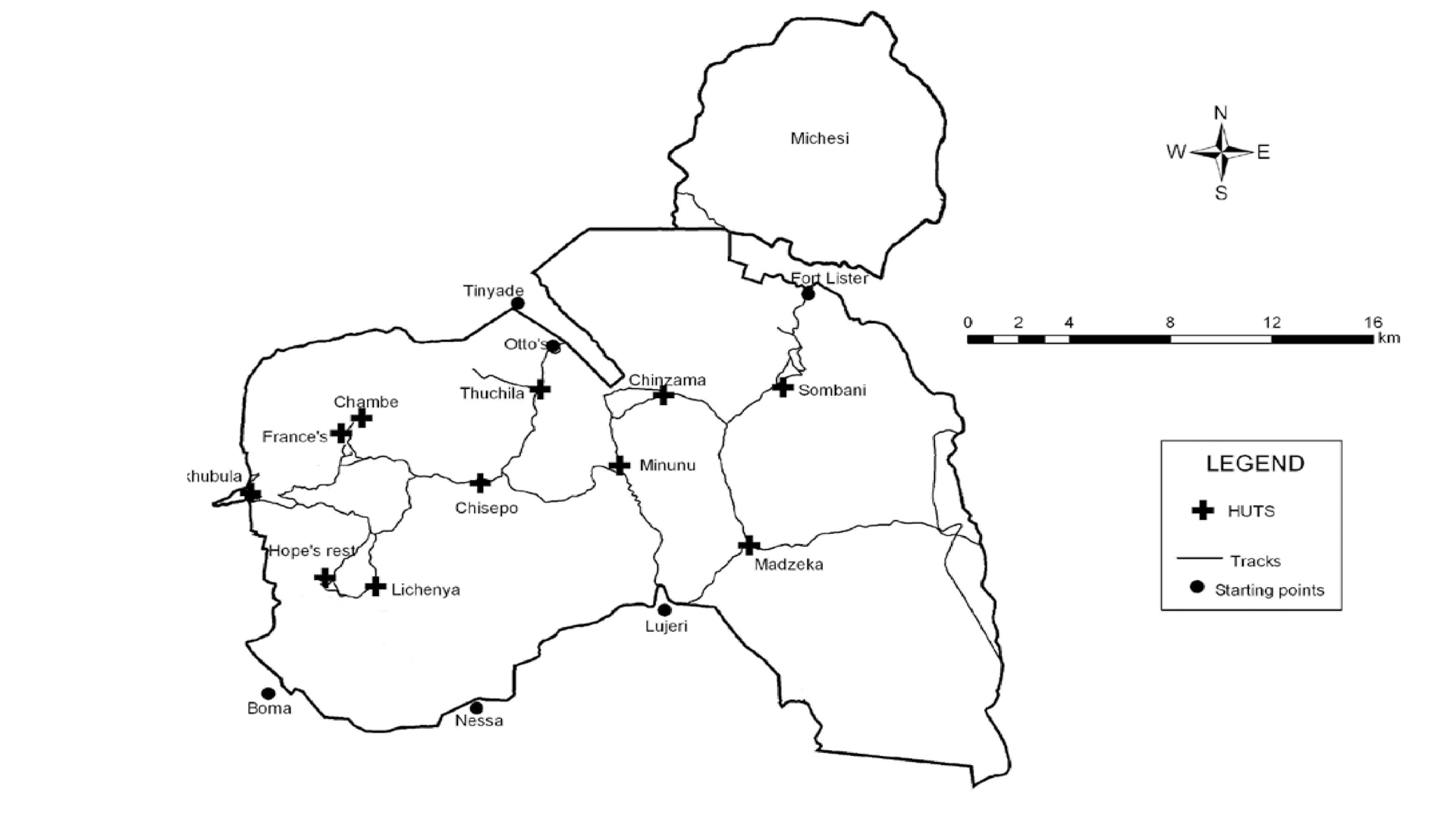 Most hikers start their climb from the Likhubula Forest Office where there is advice and assistance and no shortage of willing porters or guides all vetted by and registered with the Forestry Department. It is here that fees are to be paid and huts may be booked. 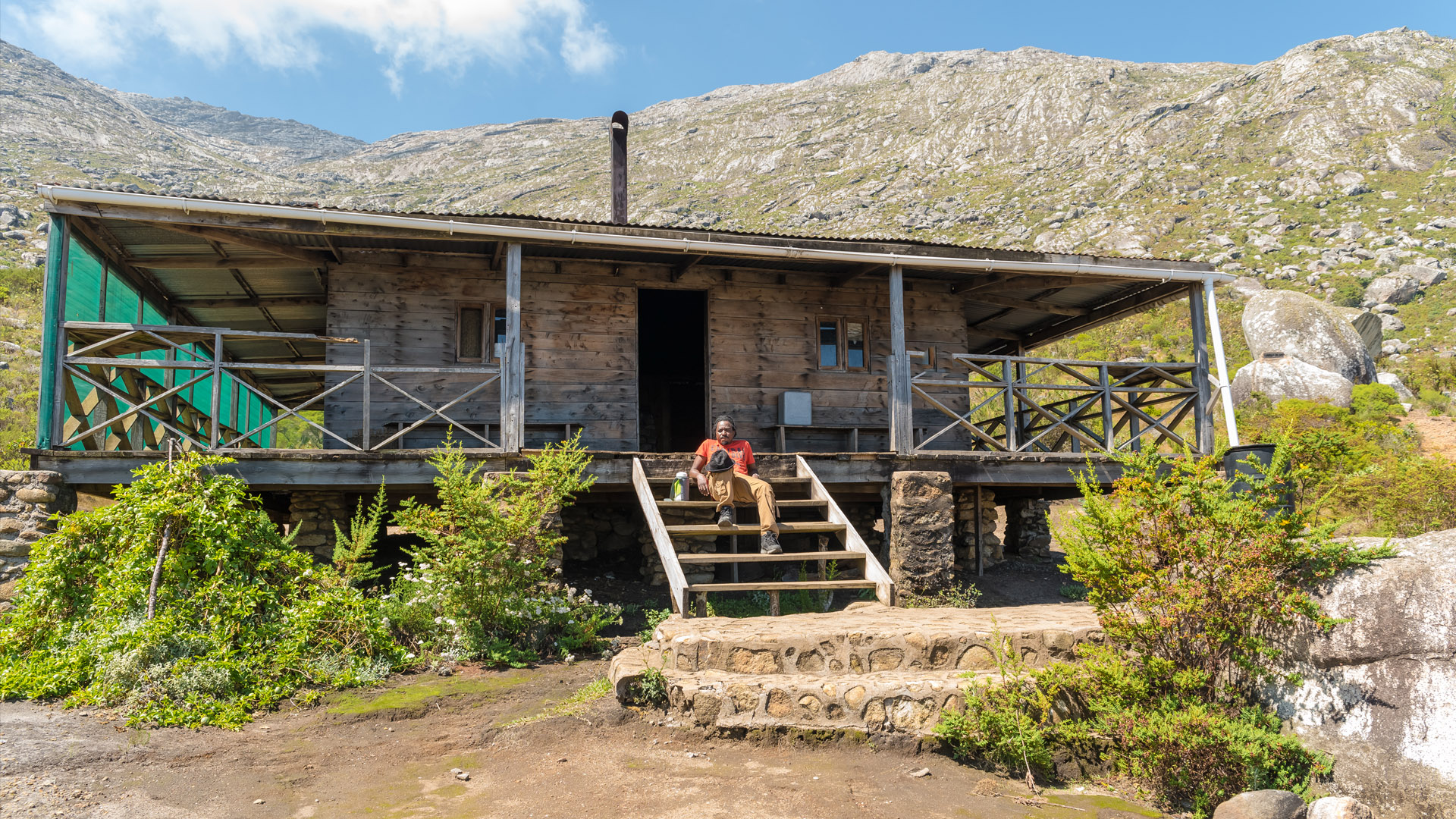 The huts are strategically located at ‘plateau’ level to allow hikers to progress from one to another in conveniently short stages. 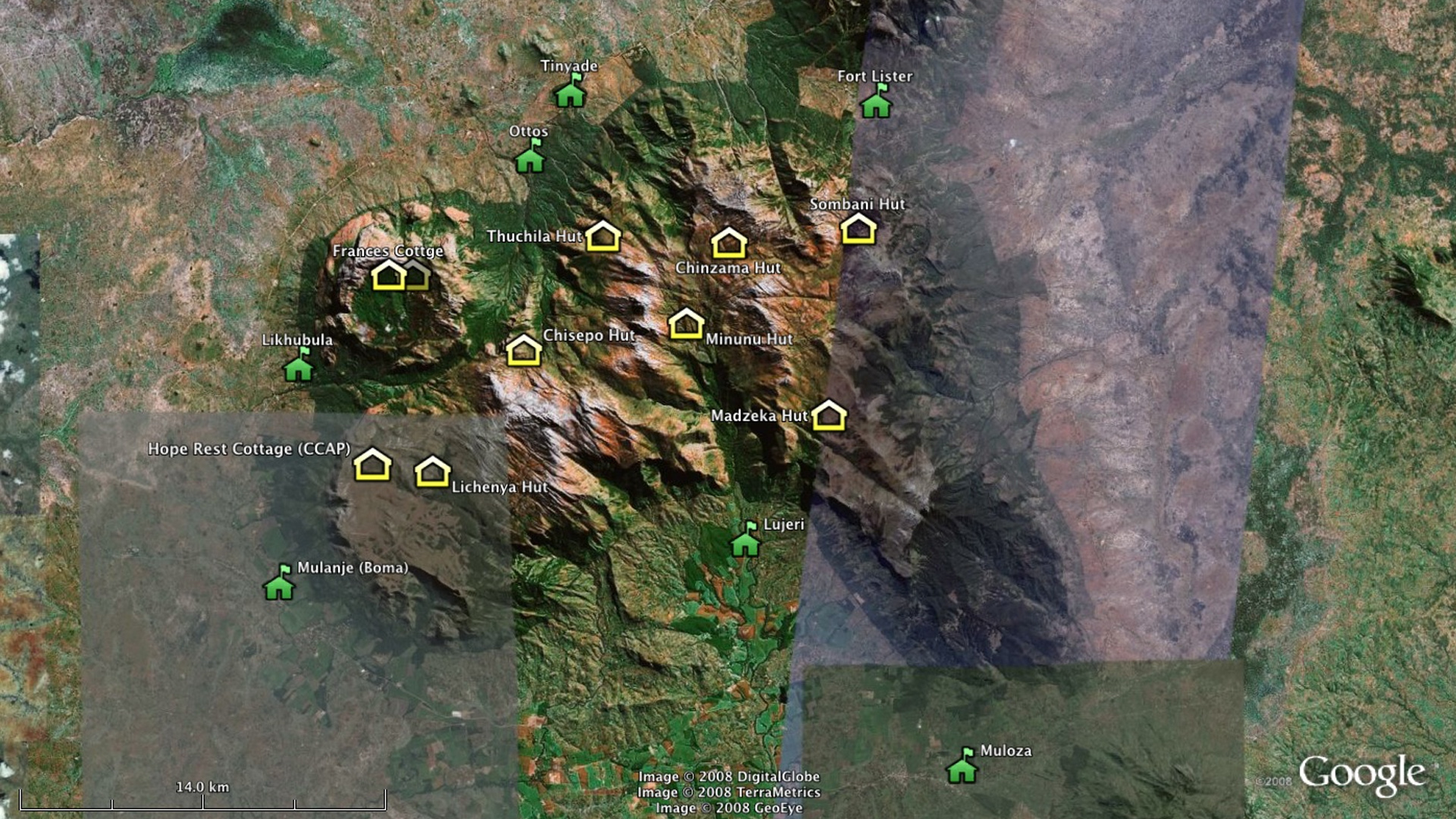 Map of all the huts

More than a week could be spent on a leisurely progression. The mountain is divided into a number of major valley or drainage systems. Although the main physical challenge is the initial climb from a base altitude of about800 m to a plateau level of about 2 000 m, hikers should be  aware that the routes from one hut to the next generally involve climbs out of one valley system over a divide to the next. Such hikes may entail differences in elevation of as much as 450 metres. 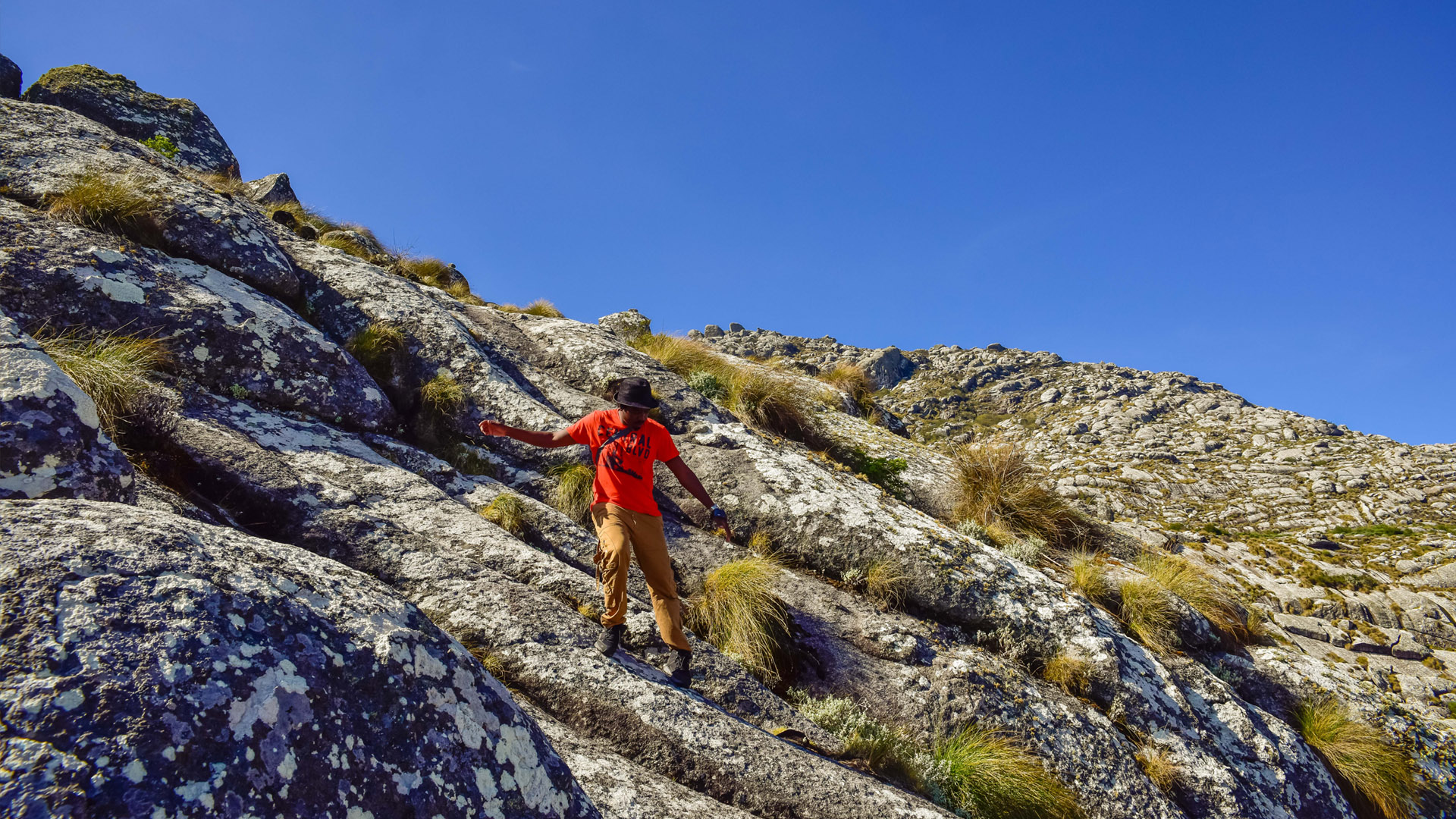 A route may involve several of these in a distance of 8-12 kilometres. Nevertheless, given a reasonable level of fitness, most  find the climbs well within their capabilities – it being mostly a question of resolve and stamina.

Each route up the mountain has a different setting varying with the climatic conditions. Rainfall is much higher on the windward southeast side than on the northwestern side which is in the rain-shadow. A climb up the Ruo river valley from Lujeri Tea Estates transcends very tall lush rainforest whilst that from Thuchila takes you through dwarf dry Miombo woodland habitat.  If circumstances allow only one trip to the mountain it is best to plan for a traverse trip of the mountain to experience this amazing forest contrast in such a relatively small area. 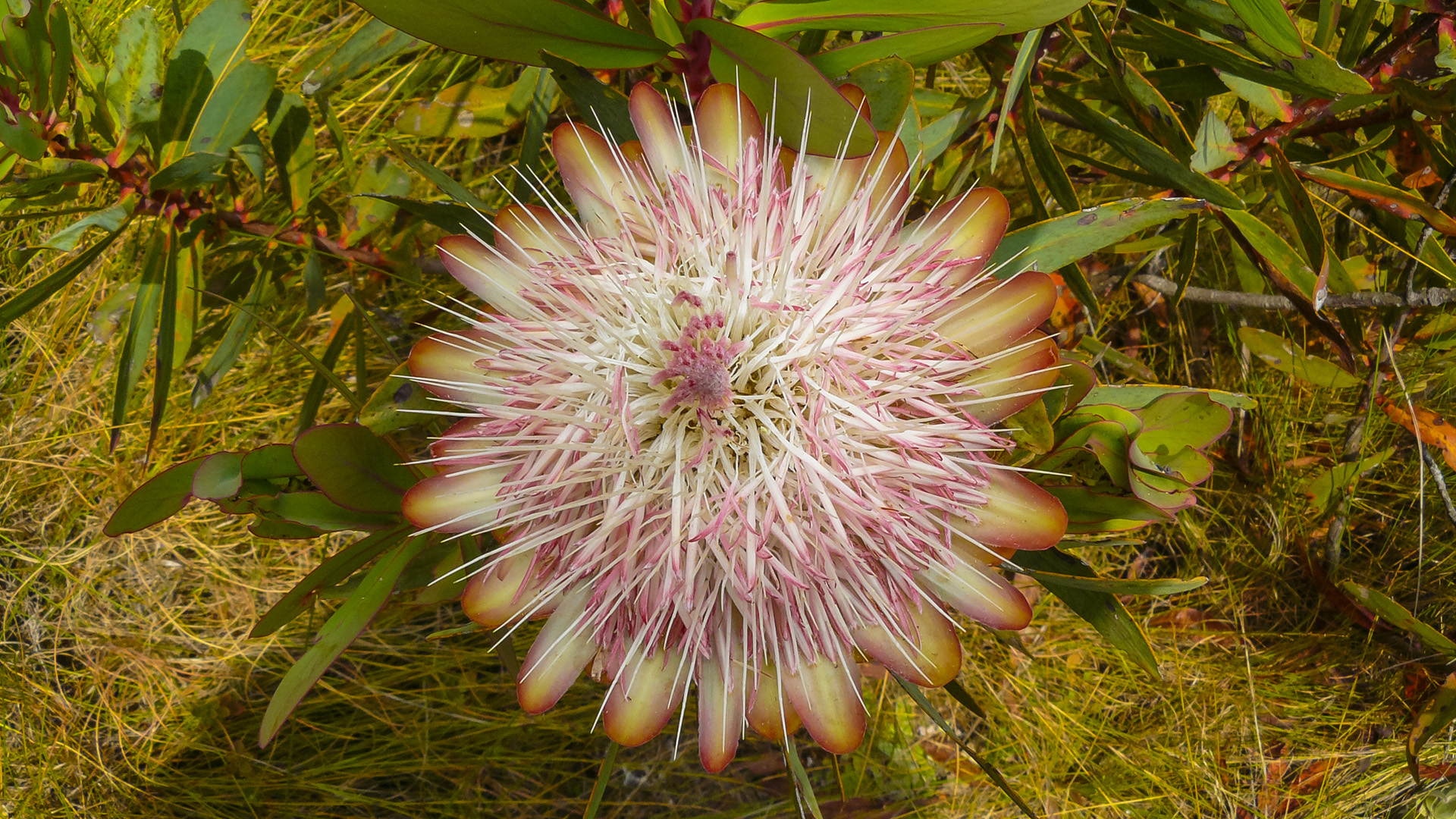 Above 2,000m, sweeping grasslands, atmospheric cloud forests and soaring peaks occupy the landscape.  The cloud forests are the home of the unique Mulanje Cedar, the National Tree of Malawi, that provides the scented softwood carved into the unique crafts made around the mountain.  Often your evening mountain cottage fires will burn this wood and scent the air like Arabian incense. The cedar has been over-exploited in the past and attempts are being made to restrict harvesting to trees that have died naturally. Mulanje cedar seedlings are being replanted all over the mountain to enlarge the existing cedar forests and patches. Pine forests are steadily being removed from the mountain in a bid to return cedars to their former predominance over the mountain and allow for the natural ecology to flourish again.  The sight of pines being destroyed on Chambe Basin should be viewed positively in this light.   The grasslands are beautifully coloured by wildflowers including many orchids, irises, red-hot pokers, gladioli and aloes not found elsewhere. Foxgloves, however, are exotics that are now also being removed.

The mammals, reptiles and birds found on the mountain are of special interest as they are rarely found elsewhere with ease.  Upon the mountain are predators such as leopards and serval cats, the habitant klipspringers and the forest-dwelling dwarf red and blue duikers.  Circling the skies are crowned and black eagles, augur buzzards and peregrine falcons, whilst blue swallows are common over the grasslands.

The forests are habited by a myriad of specials most common being the unique yellow-throated apalis. Many of the birds are very secretive in habit and, whilst often heard, will only be seen by the dedicated, determined and patient ‘birder’.

Butterflies in a wide variety of sizes, patterns and spectacular hues are to be seen in large numbers especially in the richer woodland areas. 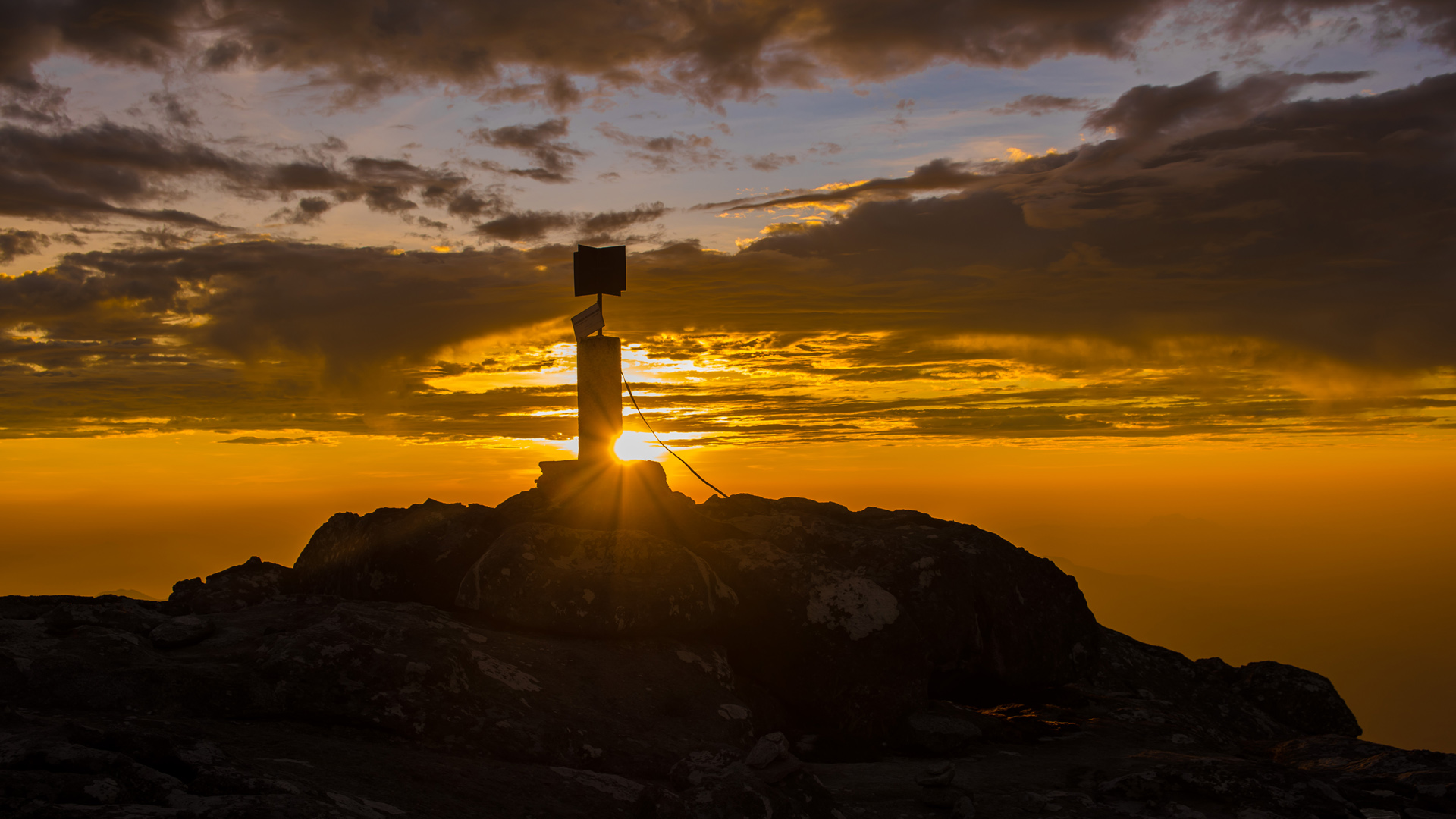 Mulanje Mountain is a special place of great wonderment that can be enjoyed at different levels by visitors of diverse interest and fitness levels – but, one thing you can be sure of, no-one ever visits and leaves disappointed.

A recent visitor summed it up perfectly:

“I have seen the beautiful Lake and visited a fantastic game reserve but my three days on Mulanje were the highlight of my visit.”